How much is your old computer costing your business? 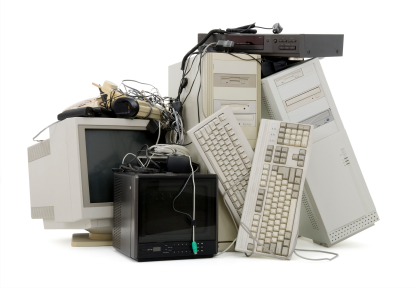 Costs of an old, slow computer

Many clients, when we suggest they should upgrade their old computers, tell us, “We can’t afford it right now”. But, how can they afford not to? What is the true cost of keeping older computers in your business?

Just as an older car starts to become more expensive to run than a newer car, the same is true of the computers in your business.

How long should a computer last?

Computers are becoming ever more reliable and efficient. A business grade computer bought today should last at least 5 to 6 years. After that they become much less efficient for many technical reasons and the cost of keeping them running becomes greater than the cost of replacement.

As a really rough guide, the computers we sell generally cost around the £450 mark. Add £130 for the configuration, installation, delivery and set up in your office. Then add another £120 for a nice new monitor, if you need one, to get an estimated overall price of £700 (+ VAT), for rather a high spec business computer.

Why does a new computer save my business money?

If an employee earning just £10 an hour has a slow computer, which loses them only 20 minutes per day, that is costing your business £3.33 per day purely in wages, (ignoring the higher power costs of old equipment). That doesn’t sound very much at all, but it is equivalent to £765.90 per year (of 230 working days).

At these figures you can afford to have new computers every year! Of course, we’re not suggesting that at all, but you can see why replacing computers after 5 years is very cost effective. It also reduces stress and frustration in the office, which leads to a much happier and more productive workforce.

Replacing a fifth of your computers every year allows you to budget easily, by having a rolling 5 year replacement programme.

Curlew Computers offers a free audit of your computer systems, in which we can recommend which computers, if any, should be replaced and when.

Any cookies that may not be particularly necessary for the website to function and is used specifically to collect user personal data via analytics, ads, other embedded contents are termed as non-necessary cookies. It is mandatory to procure user consent prior to running these cookies on your website.